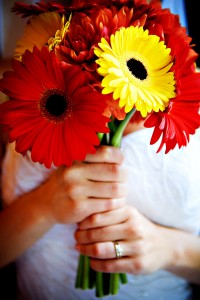 Growing up, my father would lament “no one can tell me when to say I love you” yet still come home with flowers or chocolate for my mom.

A few years ago, my husband asked me “when is Valentine’s Day?”.  Naturally, I assumed he meant the day of the week until he clarified “no I mean the date”.  Really?

So, this did get me wondering how February 14th got assigned this particular holiday?  I visited Dr. Google to find out more.

The celebration of romance roots back to the early Christian church Roman holiday Lupercalia, a fertility festival involving animal sacrifice.  Interesting.  A video on history.com has Pope Gelasius decreeing February 14th St. Valentine’s Day in the fifth century in an effort to christianize the pagan festival.  Apparently there also is more than one Saint Valentine but this particular day is intended to commemorate St. Valentine of Rome, who it seems was arrested and executed for performing marriages for members of the early Christian church and others who may have been forbidden from marrying .

The first recorded reference in literature was by Geoffrey Chaucer, who wrote a lot about St. Valentine and connected him to courtship and love in the 14th century.  In the 1600s, William Shakespeare’s Ophelia laments “To-morrow is Saint Valentine’s day, All in the morning betime, And I am a maid at your window, To be your Valentine.”  These literary references among others have influenced traditions of courtship and gift giving with poems, chocolates, flowers, and other tokens of affection.

A story has also emerged that St. Valentine fell in love with his jailer’s daughter and on the eve of his execution wrote her a letter signed “Your Valentine”.

Regardless of its roots, our Valentine’s Day is a great reminder to say I love you, which in the busy hustle and  bustle of life is just a nice thing to do.  And on the final note of the busy bustling buzz of daily life, Saint Valentine is also the patron saint of beekeepers!